When Are Sexual Assault Charges Considered Aggravated in Illinois? 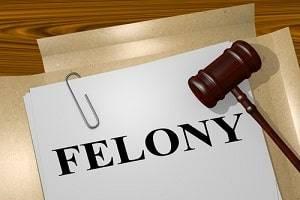 Out of all of the crimes that you could be accused of committing, sex crimes are some of the most unforgiving and harsh offenses to face. Sex crimes, such as sexual assault, are some of the most underreported crimes ever, yet they still appear in alarming numbers across the country. According to FBI crime statistics, there were nearly 140,000 police-reported cases of rape and sexual assault across the country in 2019. Sexual assault is a serious crime and is punished accordingly in Illinois; however, charges can be elevated even more to felony charges in certain circumstances.

According to Illinois law, sexual assault occurs when a person commits sexual penetration and the person uses force or the threat of force or knows that the victim is unable to give knowing consent to the act. Criminal sexual assault is typically charged as a Class 1 felony in Illinois, which carries a prison sentence of 4-15 years and up to $25,000 in fines.

Any aggravated sexual assault charge is classified as a Class X felony and starts out with a possibility of 6-30 years in prison and up to $25,000 in fines. Depending on the circumstances of the case, however, the prison sentence can have mandatory years added to it. For example, if you are convicted of aggravated sexual assault because you were found guilty of criminal sexual assault while threatening to use a dangerous weapon, 10 years would automatically be added to any prison sentence that the court imposed.