Posted on October 20, 2020 in Domestic Violence & Orders of Protection 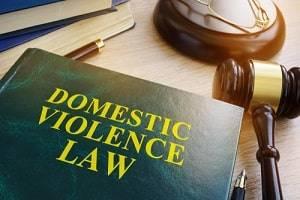 Domestic violence is a serious systemic issue that has plagued the United States for years. As a response, prosecutors and other law enforcement officials have taken an aggressive approach to combat the issue, but it still remains prevalent in the country. According to data compiled by The National Domestic Violence Hotline, around 29 percent of women and 10 percent of men have reported experiencing rape, physical violence, and/or stalking by an intimate partner. In Illinois, domestic violence is a crime that can be elevated to a felony, depending on the specifics of the case. Felonies are crimes that carry serious consequences, but an experienced domestic violence lawyer can help you form a solid defense.

According to the Illinois Criminal Code, domestic battery occurs when any person knowingly and without justification causes bodily harm to any family or household member or makes physical contact of an insulting or provoking nature. The first instance of this crime is charged as a Class A misdemeanor, which is the most serious classification of a misdemeanor in Illinois. Class A misdemeanors carry up to one year in prison and up to $2,500 in fines.

There are various ways in which you could be charged with a felony for committing an act of domestic violence. For example, if you have had prior convictions for domestic battery in Illinois or similar charges in a different jurisdiction, you could be charged with anywhere from a Class 4 felony to a Class 2 felony. This means you could face a mandatory minimum of 72 hours in jail and up to seven years in prison.

If you are charged with aggravated domestic battery, you are accused of causing great bodily harm or permanent disability or disfigurement to or strangling a family or household member. Aggravated domestic battery is a Class 2 felony, which carries a mandatory minimum sentence of 60 days in jail (longer if it is a subsequent offense) and a maximum sentence of up to seven years in prison.

Being charged with any type of domestic violence charge, whether it is a misdemeanor or a felony charge, is a serious matter. If you have been accused of committing domestic battery, you should speak with a Rolling Meadows, IL domestic abuse defense lawyer who can protect your rights and your freedoms. Scott F. Anderson, Attorney at Law is experienced and can help you prepare a strong defense strategy against your domestic violence charges. Call our office today at 847-253-3400 to schedule a free consultation.