A 20-year old East Alton woman who was arrested on DUI charges for the fourth time in three years faces a felony charge of aggravated driving under the influence. 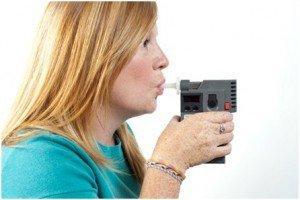 According to a report in the Herald Review, police responded to a car crash in Godfrey late Friday night. They found a wrecked car, which had left the road and hit a utility pole, but no driver. Police determined that Patsy Runyon was the driver of the vehicle and that she had fled the scene of the accident on foot.

They found Runyon shortly after responding to the scene and determined she was under the influence of alcohol. She was transported to an area hospital for a medical evaluation and cleared of any injuries. She also submitted to blood-alcohol testing. Runyon was then transferred to the Madison County Jail in Edwardsville, where she was held on $50,000 bond.

Court records show that Runyon was convicted of DUI offenses on June 30, 2010, Nov. 29, 2012 and Dec. 27, 2012. She has also received citations for driving while under license revocation, failure to reduce speed to avoid an accident and illegal transportation of alcohol.

In Illinois, even a first-time conviction for driving under the influence can result in loss of license. The penalties for aggravated DUI felony convictions are strict, and can include:

If you’ve been arrested and accused of driving under the influence, contact a qualified Arlington Heights criminal defense attorney who has extensive experience in defending DUI cases.