Your Rights During an Arrest 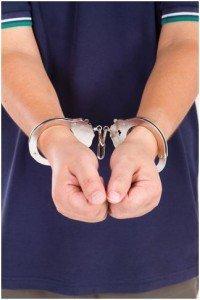 However, the best way to fight these bullying tactics by the police is for people to exercise their rights.  First, even though police have the power to approach a person, they cannot force the person to answer questions and the person has the right to walk away. If the police decide to frisk someone because they have reasonable suspicion of criminal behavior, this stop must be brief and they can not force the person to answer questions.

If the police decide to arrest a person, they must inform that person of his or her legal rights, including the right to an attorney. It is important that the person ask for an attorney before answering any questions.

Note that the right to counsel arises only when police are questioning a person who is under arrest. Often, a person asks for an attorney only to be told that he is not under arrest, thus not entitled to one. If this is the case, that person is free to and can walk away without answering any questions.

If arrested, a preliminary bail hearing will take place, usually within 24 hours (unless the arrest happened on a weekend). Ideally, a criminal defense attorney should be present at this hearing to ensure that the bail is not set too high.

If you were arrested or ever face a situation that may result in an arrest, you should avoid making any statements without first consulting an Arlington Heights criminal defense attorney.