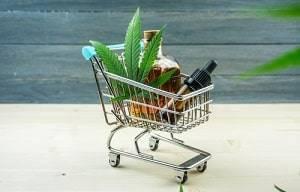 As long as you are over the age of 21, you can legally purchase and possess certain amounts of marijuana and cannabis-infused products. At any given time, you can legally possess up to one ounce or up to 30 grams of dry marijuana flower, up to 500mg of THC contained in edibles or other cannabis-infused products, and up to five grams of cannabis concentrate. Visitors to Illinois are permitted to possess half of those amounts.

For years, the purchase of marijuana was mainly done in secret and with as little evidence as possible. This was because the purchase and use of marijuana was illegal. Now that recreational marijuana is legal in Illinois, there are certain places from which you must purchase the weed for it to be considered legal. As of right now, only medical marijuana dispensaries are licensed to sell recreational marijuana, although other sellers will have the opportunity to become licensed starting within the first few months of 2020.

Although recreational marijuana is now legal in Illinois, there are rules and regulations that still pertain to the purchase, use, and possession of the substance. If you have been accused of improper usage or possession of marijuana or any other controlled substance, you should discuss your case with a skilled Rolling Meadows, IL drug crimes defense attorney. Scott F. Anderson, Attorney at Law knows how a drug charge can affect you personally and professionally for the rest of your life. Call our office today at 847-253-3400 to schedule a free consultation.