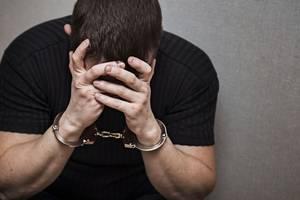 Being accused of a crime you did not commit is a nightmare come true for many people. Being convicted of a felony or misdemeanor you are not guilty of can be deeply upsetting and bring harsh, undeserved penalties. Our legal system has safeguards, like the “beyond reasonable doubt” standard for conviction. Yet, people are still found guilty - or plead guilty - to crimes they did not commit.

There are a number of complex reasons why some defendants fall through the cracks and serve sentences for crimes they are not truly guilty of. Working closely with an experienced criminal defense attorney to develop a strong defense strategy is likely your best hope for avoiding a wrongful conviction.

Why Do People Plead Guilty to Crimes They Did Not Commit?

For those who lack significant experience with the justice system, pleading guilty when you are not can seem insane. Yet, it happens constantly. Reasons innocent people may claim guilt include:

Why Are People Wrongfully Convicted at Trial?

The ways a trial can go awry and lead to a wrongful conviction are numerous. Anything from a biased jury to a mistaken eyewitness to a faulty lab test can tip the balance and convince a jury to convict an innocent person. There are also more sinister circumstances where the defendant was intentionally made to take the blame for a crime committed by someone else.

If you go to trial and are innocent, having a qualified attorney to aggressively defend you is critical. It may feel as if you have already been found guilty before the trial begins, but this is not the case. It is still highly advisable to speak to an attorney before making any decisions about going to trial or taking a plea bargain.

If you have been charged with a crime, Scott F. Anderson, Attorney at Law may be able to help. Our Orland Park criminal defense attorneys are skilled at achieving positive outcomes for Illinois defendants. Call us at 847-253-3400 for a free consultation.