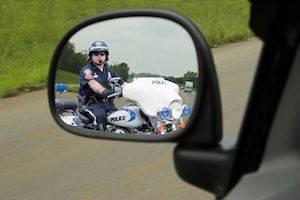 DUI is also taken extremely seriously - no matter the time of year. DUI has been proven time and time again to be very deadly, which is why the consequences for driving under the influence are severe. In Illinois, a first-time DUI is classified as a Class A misdemeanor and comes with a one-year minimum revocation of your driving privileges. You will also face a jail sentence of up to a year and up to $2,500 in fines.

The NHTSA reported that in 2016 alone, 3,450 people died due to accidents in which the driver was distracted. Distractions can be a variety of things, both inside and outside of the vehicle. They can come in three categories: visual distractions, manual distractions, and cognitive distractions. Using a cell phone or other electronic device while driving is especially dangerous, because it involves all three types of distractions. In Illinois, handheld cell phone or electronic device usage is prohibited for everyone, though drivers over the age of 19 are allowed to use their devices in hands-free mode.

The NHTSA reports that nearly half of all people who die in car crashes were either not properly restrained or not restrained by a seat belt at all. Seat belts save lives - in fact, an estimated 14,668 lives were saved because of seat belt usage in 2016. It is against the law to not wear a seat belt in Illinois. You can also get into trouble if you are transporting a child who is not properly restrained in your vehicle. The Illinois State Police will be enforcing their Click it or Ticket campaign by stepping up their patrols and increasing seat belt enforcement zones throughout the state.

Are You Facing a Traffic Violation? An Arlington Heights Traffic Ticket Defense Lawyer Can Help

The Illinois State Police catches thousands of people each year who are violating serious traffic offenses. Many times, these traffic offenses result in deadly car crashes, which is why police are ramping up their patrols in an effort to prevent them. If you have been issued a traffic ticket, you need help from a Rolling Meadows, IL traffic violation defense attorney. Scott F. Anderson, Attorney at Law can help you fight your ticket and keep your record clear. To schedule a free consultation, contact our office by calling 847-253-3400.