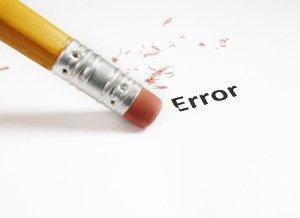 A previous post discussed some informal and semi-formal ways to deal with the fallout from a criminal conviction. But in some cases, there is a way to either bury a criminal record or eliminate it altogether.

Once again, the relevant law is the Criminal Identification Act, and it is one of the broadest laws of its kind anywhere in the country. The underlying theory is that non-violent, first-time offenders should not face a lifetime of negative consequences, such as public prejudice and trouble finding a job or a place to live, due to a poor choice.

Theoretically, anyone can petition the Governor and ask for a pardon, because the Governor essentially has the power to wave a figurative magic wand and make a criminal history disappear. Pragmatically, however, only a miniscule percentage of these petitions are granted; in nearly all cases, the case has political overtones.

In nearly all cases, any prior conviction makes a person ineligible for expunction. "Prior conviction" includes any felony, misdemeanor, or municipal court case. About the only exceptions are some veterans who were convicted of some Class 3 or 4 felonies. You are eligible for expungement without any waiting period if the case disposition was:

If you were judged guilty or pleaded guilty, successfully completed a period of probation, and at least five years have passed since the probation was discharged, you may be eligible for expungement if you were convicted of:

Additional qualifications nearly always apply in each situation. Additionally, a person with any currently pending criminal case is not eligible for expungement.

Whereas expunged records are either physically destroyed or returned to the petitioner, sealed records still exist, but only law enforcement agencies, the courts, and certain select agencies have access to the records.

The list of available offenses and qualifying dispositions is very much the same. The major differences are that a person with a conviction is typically still eligible to have records sealed, and the waiting period may not be as long.