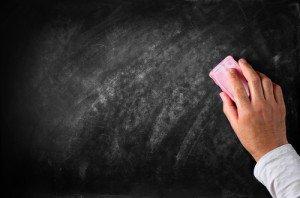 Illinois law provides several avenues for individuals to erase their criminal history records, or at least limit the negative effects of these records. In fact, after recent amendments that took effect in January 2013, The Land of Lincoln has one of the more liberal expungement and sealing procedures in the United States.

The relevant law is the Criminal Identification Act. But despite the statute’s expansion, many people may remain ineligible for expungement or sealing. Fortunately, some other options are available.

One of the most common types of expunction is not listed in the Criminal Identification Act at all. In deferred adjudication probation, the defendant reports to a probation officer, pays fees, attends Court-ordered classes, performs community service, and does everything else that probation entails. But at the end of the term, the defendant’s case is dismissed, so there is no disposition of guilt.

In this event, a person who is subsequently asked "have you ever been convicted of a crime" can honestly answer "no." The arrest record remains, but most employers and other inquisitors are satisfied by an explanation like "I hired a lawyer, and the lawyer took care of it."

There are significant risks to deferred adjudication, especially in felony cases, which should be thoroughly discussed with your attorney.

This document is the next step up the ladder. While they do nothing to erase a disposition or arrest record, they may have substantial value for some people. There are two types of certificates:

The eligibility requirements are much less restrictive than expungement or sealing. In most cases, persons with two or fewer felony convictions, and an unlimited number of misdemeanor convictions, are eligible.

Informal expungement may open a new world of possibilities for certain offenders. For a free consultation with an experienced criminal defense attorney in Arlington Heights, contact Scott F. Anderson at 847-253-3400. After hours appointments with an attorney are available.