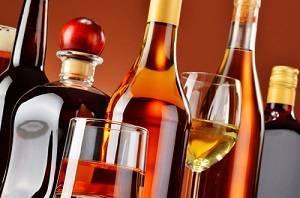 More than 200 new laws went into take effect in Illinois on January 1, 2016. A few of them relate specifically to alcohol or driving while under the influence. Know how they are expected to change, and how they may impact your life for the better (or for the worse).

Powdered alcohol, otherwise known as Palcohol, has been on the state’s radar since early summer, 2015. Beginning in 2016, the product has been completely banned in the state and is being pulled off the shelves. Capable of being used to spike drinks, it carries a high risk of overdosing and could be used to maliciously spike the drinks of an unsuspecting individual. Five other states (Alaska, Delaware, Louisiana, South Carolina, and Vermont) have already banned the substance.

Each year, nearly 5,000 teens die from alcohol-related dangers, such as drunk driving, alcohol poisoning, drowning, suicide, falls, or burns. At least several of them have died due to the fear of facing charges if they attempt to seek medical attention for themselves or a friend in need. In 2016, lawmakers have eliminated that fear by giving underage drinkers legal immunity if they call 911 for anyone with a medical emergency. The hope is that this new law will save young lives that would have otherwise been lost.

Driving Under the Influence

In the state of Illinois, there are currently more than 5,000 four-time DUI offenders that have been banned from driving. In 2016, they may apply for a restricted driving permit that may give them a chance to drive again. However, all four-time DUI offenders (including those that receive their fourth conviction in 2016) will be required to use an ignition-interlock device in their car for the rest of their lives. And a fifth offense will lead to a lifetime driving ban that, at this time, is irreversible.

Charged with a DUI? Seek Assistance from a Skilled Criminal DUI Defense Attorney

Whether you are facing your first charge for driving under the influence or your fifth, Scott F. Anderson, Attorney at Law can help. With more than 25 years of experience in handling criminal DUI offenses, we are dedicated to protecting your rights and will aggressively toward the best possible outcome for your situation. Schedule your free initial consultation with a skilled Illinois criminal DUI defense attorney by calling 847-253-3400 today.