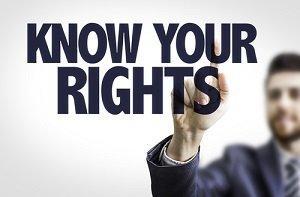 Governor Bruce Rauner recently signed HB 1121, the Crime Victim’s Bill of Rights. What are some important rights that defendants have in a criminal case?

The founder of Marsy&#039;s Law for All proclaimed that the measure gives alleged crime victims "a much stronger voice in the Illinois criminal justice system." This law follows up on a Constitutional amendment that voters adopted in November 2014. Among other provisions, Illinois’ version of Marsy’s Law requires prosecutors to keep alleged crime victims informed of a case’s progress, gives victims the right to be present at plea hearings, and clearly delineates victims’ rights.

California passed the first Marsy’s Law in 2008, and that measure is arguably the strongest victims’ rights provision in the United States

You Have the Right To…

Many of the provisions in HB 1121 were already being practiced in Cook County courts, but the law does give victims a formal guarantee. Just as it is important for alleged victims to know their rights, alleged wrongdoers also need to know their rights. Here are a few of the more significant ones:

As important as these rights are, they are largely just words on paper without an effective and aggressive courtroom advocate. For prompt assistance, contact an experienced criminal defense attorney in Arlington Heights today. Call Scott F. Anderson at 847-253-3400.