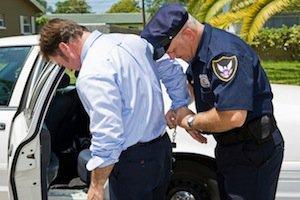 The U.S. Supreme Court recently ruled that police can stop a vehicle and do a search based on an anonymous tip called into 911.

The case, which went before the Court, was a California incident that occurred in 2008. A woman called 911 and reported of a pickup truck which had just run her off the road. She told the dispatch the location of the incident and provided a description of the truck, as well as its license plate number. The woman did not provide her name or any other identifying information.

Shortly after the call was received, police spotted the truck and followed it for five minutes. During that time, the driver’s handling of the vehicle was faultless. Police pulled over the truck anyway. As officers approached the vehicle, they smelled marijuana. A search of the vehicle revealed it contained 30 pounds of marijuana and the driver was arrested.

The defendant, however, argued that the search of his vehicle was an unlawful search and seizure and thus violated his constitutional rights. In a 5-4 split decision, the Court disagreed.

Justice Clarence Thomas wrote the opinion for the majority, stating "Under the totality of the circumstances, we find the indicia of reliability in this case sufficient to provide the officer with reasonable suspicion that the driver of the reported vehicle had run another vehicle off the road. That made it reasonable under the circumstances for the officer to execute a traffic stop."

Justice Anthony Scalia wrote the opinion of the dissenting justices. He wrote that the majority opinion was a "freedom-destroying cocktail" which would allow "malevolent tipsters" to call in false reports. The details that the caller gave police did not matter, wrote Scalia. The real issue is "whether what she claimed to know was true."

If you have been arrested and charged with a crime in what you think was an illegal search and seizure by police, contact an experienced Arlington Heights criminal defense attorney to make sure your rights are protected.