Arguing Self Defense in an Assault and Battery Case 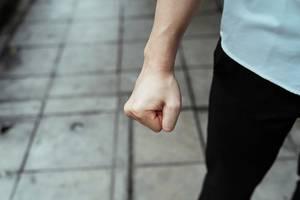 Assault occurs when someone makes someone else afraid of impending violence. Battery is the actual physical conduct between the two people. Criminal charges for assault or battery may follow a bar fight, domestic disturbance, or even an argument that got out of hand.

Criminal penalties for assault and battery can include jail time and a permanent criminal record. If you or a loved one were charged with assault, battery, or another violent offense, it is important to explore your defense options. One way to fight criminal charges for assault or battery is to argue self-defense.

What Counts as Self-Defense?

Most people will stand up for themselves if they are provoked. Unfortunately, some people find themselves facing criminal charges for simply defending themselves. However, successfully arguing self-defense during a criminal case is easier said than done. There are limited circumstances in which injurious force is justified in Illinois law.

Illinois statute states that you may use force against someone else if you "reasonably believe" the force is needed to defend yourself against the other person's unlawful use of force. Deadly force may only be used if you reasonably believe it is necessary to prevent imminent death, great bodily injury, or a felony criminal offense.

Self Defense in a Criminal Case for a Violent Offense

The use of force is justified when needed to protect yourself from harm. However, the force must be in proportion to the threat.

There is significant ambiguity in Illinois self-defense laws. In any criminal case, the prosecution is likely to argue that the use of force was not justified or not proportional to the situation. The defense will argue that the defendant was acting within the bounds of the law by protecting himself or herself. Ultimately, the question as to whether the defendant acted in self-defense may be left to the jury to decide.

If you or a loved one were charged with a violent offense, contact Scott F. Anderson, Attorney at Law. Assault, battery, and other violent offenses are punishable by life-changing criminal consequences, including substantial jail time. Skilled Rolling Meadows criminal defense lawyer Scott Anderson can help you argue that your actions were in self-defense.

Mr. Anderson has over 25 years of experience in criminal law. He provides tenacious legal advocacy for clients accused of a wide range of criminal offenses, including assault, battery, and murder. Call our office today at 847-253-3400 for a free, confidential consultation.