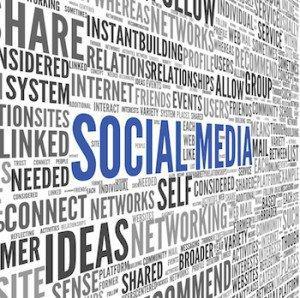 An appeals court in New Jersey recently upheld the ban that prohibits paroled sex offenders from being able to utilize social media sites like Facebook, Twitter and LinkedIn.  The decision was made by three judges in response to a challenge of the ban by two paroled offenders. The offenders argued to the court the ban, which was passed last year, was too broad and also claimed it was a violation of their free speech.

The three judges agreed that social network sites have become an integral part of society, however, they ruled that the courts had legitimate reasons for keeping these offenders off the sites. The panel cited a 1995 New Jersey Supreme Court case which found that sex offenders are more likely to repeat a crime than other types of offenders.

In their decision, the judges wrote, "The provisions are legitimately aimed at restricting such offenders from participating in unwholesome interactive discussions on the Internet with children or strangers who might fall prey to their potential recidivist behavior . . . We are satisfied that the Internet restrictions adopted here by the Parole Board have been constitutionally tailored to attempt to strike a fair balance."

The attorney for the paroled offenders said that he would be appealing the court’s decision to the N.J. Supreme Court. In a statement, attorney Joseph S. Murphy said that because these networking sites are such an integral part of society, banning his clients from using them was effectively banning them from society.  Murphy pointed out that most people garner all their news information from the Internet, as well as find jobs and utilize sites for other important information, such as parenting help.

The New Jersey Association of Mental Health and Addiction Agencies also voiced their concern over how a paroled offender’s ban from these sites could affect recovery for that individual, making it impossible to access support and services.

In response to some of those concerns raised, the judges also stated that a paroled sex offender could petition the board for exemptions "for work or other reasonable purpose." If they were denied, they could then appeal the board’s decision to the courts.

Being falsely accused of a sex crime can have far-reaching consequences, made even direr if you are convicted. If you’ve been arrested, contact an experienced Cook County criminal attorney today to get the representation you need.