Can I Be Charged With a Crime for Possessing Prescription Drugs? 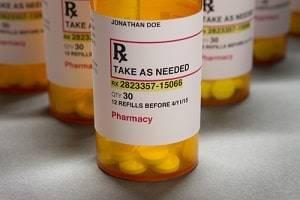 For most people, the thought of drug crimes elicits images of dangerous substances such as cocaine, methamphetamine, and heroin. What many people fail to realize is that “street drugs,” such as cocaine and the like, are not the only type of drugs that you can get into trouble for possessing. Certain drugs that are used to treat medical conditions are technically legal to possess and consume -- but only if you have a valid prescription. If you do not have a current prescription and you are caught in possession of these drugs, you could be charged with prescription drug possession, which is a serious crime in Illinois.

What Substances Are Illegal Without a Prescription?

As a way to classify the different types of drugs, the United States federal government has established a schedule of controlled substances. Some illegal drugs are not as dangerous as others and therefore, crimes involving different substances should not be punished in the same ways. Some of the most notorious illegal drugs include those such as LSD, ecstasy, and fentanyl, but you can also be charged with possessing prescription drugs that are typically prescribed by a medical doctor. Examples of controlled prescription drugs include:

Penalties for a Possession Charge

Even if you are not using the drug or selling it, possessing a prescription drug without a valid prescription is illegal. For possession of a controlled substance to be legal, you must have a valid and current prescription in your name from a licensed medical doctor in Illinois. The substance should also be stored and kept in its original container with the prescription label on it.

If you have been charged with any type of drug offense, including prescription drug crimes, you need to speak to a skilled Arlington Heights, IL drug crime defense attorney as soon as possible. Scott F. Anderson, Attorney at Law has more than 25 years of experience and will put his knowledge to work for you. To schedule a free consultation, call our office today at 847-253-3400.