Can I Refuse a DUI Test During a Traffic Stop in Illinois? 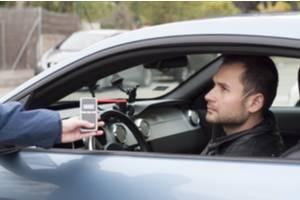 Driving under the influence of drugs or alcohol comes with strict legal penalties and potentially life-changing consequences. A driver may have to pay hefty fines, serve jail time, or lose their driver's license if charged with a DUI. After being pulled over for suspected drunk driving, drivers may be reluctant to take a DUI breathalyzer test. However, is it illegal to refuse a DUI test during a traffic stop? Below, Illinois law indicates whether or not refusing a breath test during a traffic stop is legal and whether or not it is in the driver's best interest.

Is it Illegal to Refuse a DUI Test?

Is it illegal to refuse a DUI breath test at a traffic stop? The short answer is no — it is not unlawful. However, the law is slightly complicated. The state of Illinois assumes that all drivers who are actively driving under Illinois law give their consent to follow traffic rules. This means drivers inherently consent to be tested for a DUI if an officer has probable cause to pull over their vehicle. However, this does not mean that a police officer is permitted to force a driver to be tested. A driver still has the right to revoke their consent to be breathalyzed after a traffic stop and at the police station. Drivers also have the right to refuse field sobriety tests.

Is it Beneficial to Refuse a DUI Test?

To understand whether or not refusing a DUI test is beneficial, it is essential to understand what happens if you refuse a DUI breath test at a traffic stop or the police station following an arrest. If a driver refuses a DUI test, the police officer can file a motion to the judge to administer a warrant to take a blood test. If the warrant is approved, the individual has no fundamental right to refuse a blood test at a medical facility. Refusing a breath test is also penalized with an automatic driver’s license suspension.

There are two types of breath tests within the state — a Preliminary Breath Screening Test and an Evidentiary Breath Test. A PBT is issued during a traffic stop after an officer has probable cause to pull over a motorist. This test, however, can’t be used as evidence during a trial. A certified officer issues an Evidentiary Breath Test, and the results can be used in a trial. When deciding if you will refuse a field sobriety or breath test, consider whether you would go to trial to contest your DUI. A DUI defense attorney may have a better chance of successfully defending against your DUI if there is less evidence against you.

If you have been charged with a DUI, Arlington Heights DUI defense attorney Scott F. Anderson may be able to help defend your case. At Scott F. Anderson, Attorney at Law, our attorney has years of combined experience advocating for criminal defense cases. We understand the severity of a DUI on your driving record. Please call us at 847-253-3400 to schedule your free consultation with our office.