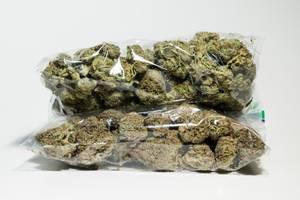 If you were charged with a drug crime for possession, distribution or cultivation of marijuana in Illinois, Arlington Heights criminal defense attorney Scott F. Anderson may be able to help defend you. At Scott F. Anderson, Attorney at Law, we are prepared to help provide the best defense possible for those accused of a drug crime. Attorney Scott Anderson has over 25 years of experience in criminal law. For a free consultation, call us today at 847-253-3400.