Can I Still Drive After an Illinois DUI Arrest? 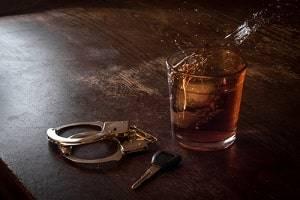 Across the country, arrests for driving under the influence (DUI) of drugs or alcohol are being taken more and more seriously because of the dangers that drinking and driving poses to everyone on the road. In Illinois, DUI laws are relatively strict, and an arrest can result in serious consequences, even if you are ultimately not convicted. It can be an intimidating experience if you are arrested for driving under the influence. Many people do not know what to expect after they are arrested and resort to gathering and trusting the information they find on the Internet. While some of this advice may be correct, you should talk with a skilled Illinois DUI defense lawyer to make sure you have all the facts.

If you fail a chemical blood alcohol test, refuse to take a test, or fail to complete a test, you will face a statutory summary suspension, which is an administrative driver’s license suspension that is ordered by the Illinois Secretary of State’s office. Failing a chemical test means your BAC was determined to be 0.08 percent or higher, which results in an automatic six-month driver’s license suspension. Refusing a chemical test will result in an automatic 12-month suspension.

You Can Still Drive After Your Arrest

Many people wonder if they can still drive immediately after they have been arrested for DUI. The short answer is yes, you can. The statutory summary suspension does not go into effect until the 46th day after your suspension notice has been issued, which is typically done on the date of your arrest. You do have the right to challenge the statutory summary suspension, although there is a time limit for doing so. If you want to challenge the suspension, you must request a judicial hearing within 90 days of your arrest. Regardless, it is important to note that the suspension will still go into effect on the 46th day after your arrest.

Even if you are convicted of DUI, and your license is suspended, you may still be able to drive with a monitoring device driving permit (MDDP) or a restricted driving permit (RDP), based on your circumstances. For most first-time offenders, an MDDP will allow them to still drive during their suspension period. Both types of permits require the driver to have a breath alcohol ignition interlock device (BAIID) installed in their vehicle during the suspension period.

Being arrested for driving while under the influence of drugs or alcohol is no joke. Even if this is your first DUI charge, you face serious consequences that could affect you for the rest of your life. If you have been arrested for DUI, you need to immediately retain legal counsel from a knowledgeable Arlington Heights, IL DUI defense lawyer. Scott F. Anderson, Attorney at Law knows how important it is to avoid a DUI conviction, and he will help you do so at all costs so you can maintain a clean driving record. We offer free initial consultations. To schedule yours, call our office today at 847-253-3400.