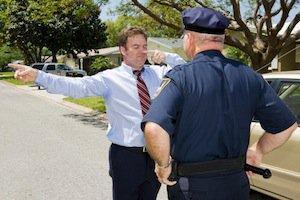 The blame for accidents caused by drunk driving is nearly always assigned to the driver. Adults are expected to know their limits when drinking and should have enough personal responsibility to not get behind the wheel of a car. And according to the 2014 Illinois DUI Fact Book, these limits include no more than three drinks an hour for an adult male. The limit is closer to two drinks an hour for an average woman.

Stricter penalties for drunk driving, as well as a greater national awareness of the issue, could be one reason for the spike in popularity of citywide rideshare businesses, such as Uber, Lyft, and Sidecar. All operate in the Chicago area. However, in April 2014, the Illinois House passed a new law which will require all rideshare drivers to apply for a chauffeur license, commercial insurance, and prohibits them from soliciting rides at designated taxi stands.

A decrease in the availability and ease of rideshare programs in Chicago could lead to a spike in DUI arrests—and not just for the driver. Dram shop laws were first introduced in 1934, as noted in a publication of the Illinois Circuit Court, and make establishments that sell liquor liable for the actions of a drunk patron if he was served while he was knowingly intoxicated.

Determining whether the bar owner or worker knew that the patron was intoxicated can be difficult to prove, of course. According to the Circuit Court publication, showing that, "two 12 ounce cans of beer sold immediately before the collision is sufficient," as decided by a 1987 case.

The Illinois Bar Journal, states how in early 2014 the Illinois Supreme Court decided to institute a cap on dram shop liabilities as they pertain to the Illinois Insurance Guarantee Fund. This cap is applicable no matter the award that the jury determines fair. The law is meant to protect the state fund from liability when a responsible establishment does not have the appropriate insurance coverage. The ruling came after a case in which parents sued a bar and grill establishment in Effingham County after the death of their son, which was caused by a drunk patron of the establishment. The damages they could receive were capped at $106,550.

If you or someone you know has been charged with a DUI in Illinois, contact the Law Offices of Scott F. Anderson for a free initial consultation today. Speaking with an experienced DUI defense attorney will help to clarify your situation and determine the legal representation your case needs.