Is Drugged Driving in Illinois on the Rise? 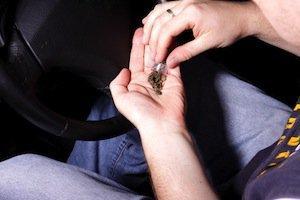 With aggressive ad campaigns targeting drunk driving, Americans should be quite familiar with the dangers associated with driving while intoxicated. Drugged driving, however, is not as widely discussed. According to recent statistics, it is an issue that might warrant greater attention.

According to the National Institute on Drug Abuse, in the past decade alone drugged driving incidents rose close to 15 percent. More recent data indicates a growing problem on American roadways. A survey conducted in 2012 revealed that more than 10 million drivers admitted to being under the influence of an illegal substance while driving at some point. The National Roadside Survey from 2007 indicated that 20 percent of weekend drivers tested positive for recent drug use. Similar reports have been surfacing in recent years as well.

But while there does not seem to be a clear explanation for the rise in drugged driving, many legislators are pointing fingers at the recent changes in laws regarding marijuana use. With several states, including Illinois, now permitting the medical use of cannabis, and states like Colorado legalizing its recreational use, driving under the influence of marijuana might become more prevalent. As it currently stands, marijuana is the most commonly used substance in drugged driving cases.

It is also worth noting that the legal penalties for driving under the influence of marijuana are serious. As a class A misdemeanor, offenders can face up to one year in jail as well as thousands of dollars in fines. Charges for repeat offenses can include mandatory community service and even longer jail time. The presence of harder drugs in a driver&#039;s system can result in steeper penalties, potentially even felonies.

Current laws in Illinois stipulate that any amount of marijuana in a person&#039;s system may be grounds for a DUI charge. This is currently the subject of some debate as lawmakers lobby for more fair laws, especially with medical access to marijuana. Other states enforce a legal minimum of two nanograms of THC for every milliliter of blood.

If you are currently facing charges of drunk or drugged driving in Illinois, it may be worthwhile to consider contacting an Arlington Heights DUI attorney to assist you. At the law offices of  Scott F. Anderson, Attorney at Law, we can offer you dedicated and reliable legal counsel and representation backed by years of experience. Call us today at 847-253-3400 to schedule a consultation.