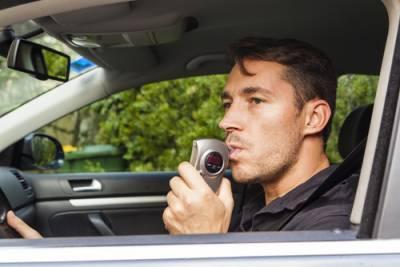 In the state of Illinois, even first-time DUI offenders are at risk for a suspension of their driving privileges. Some are able to regain restricted driving privileges through a Monitoring Device Driving Permit, or a Restricted Driving Permit. Both options require the installation of a BAIID (Breath Alcohol Ignition Interlock Device) on the offender’s vehicle. Learn what it really means to have one of these devices in your vehicle, and how you may be able to avoid the consequences of a DUI conviction.

What is a BAIID and How Does It Work?

A BAIID is basically a breathalyzer for your car. You must blow into it each time you start your vehicle, and even as you are driving down the road. Should you fail to test below the device’s pre-set limits (.00 to .024 BAC), your vehicle will not start. If you blow three or more tests with a 0.25 or higher, then your vehicle will be locked out for 24 hours. If you blow above 0.05, then you will be flagged for a violation. Every violation, blow, and lockout is recorded and will then be detected when you take the device in for monitoring (required every 30 days, or sooner if you are locked out of your vehicle).

Not Every DUI Offender is Eligible

While the BAIID options have given many convicted DUI offenders the chance to drive, this option is not available to everyone. DUI offenders are considered ineligible if:

It should also be noted that a BAIID cannot be used to drive on a CDL license. Furthermore, only first-time offenders are able to receive a Monitoring Device Driving Permit (MDDP), which imposes few restrictions outside the installment, use, and monitoring of the BAIID. Subsequent offenders may be eligible to drive using a Restricted Driving Permit (RDP), which imposes additional restrictions on top of the use and installment of the BAIID monitoring device (permitted driving times, etc.).

Avoiding the Consequences of a DUI (Including the BAIID)

When you are arrested on a DUI and you fail to take action, your license is automatically suspended. You can fight back – and, considering the potential consequences, you really should. With more than 25 years of experience and a proven track record of success, Scott F. Anderson, Attorney at Law, can help. Committed to your best interests, we will fight against your charges and seek the most favorable outcome for your unique situation. Schedule a consultation with our Arlington Heights DUI defense lawyer by calling 847-253-3400 today.