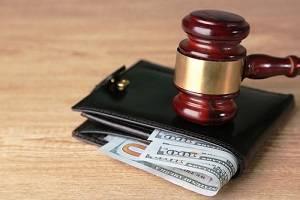 The U.S. government estimates that about two-thirds of county jail inmates are simply awaiting trial, and the annual cost for this pretrial detention in criminal cases is about $6 billion. These numbers suggest that some defense lawyers may not be as aggressive as possible when seeking pretrial release. But remaining in custody prior to trial is a serious disadvantage.

From a legal perspective, many jurors assume that defendants who are incarcerated did something “wrong,” and so they are more willing to believe the prosecutors’ version of events. From a practical standpoint, defendants cannot work to support their families, spend time with their children, and assist in their own defense if they are behind bars.

In very succinct words, the Eighth Amendment to the United States Constitution states that “Excessive bail shall not be required.” Basically, there are two policy goals in this provision: the assurance of the defendant’s appearance at trial and the safety of the community at large. This dynamic suggests that pretrial release should be rather routine in most misdemeanors and many felonies, but as one of this author’s law school professors once pointed out, you don’t get anything unless you ask.

As a preliminary matter, most jurisdictions have a presumptive bail amount, such as $500 for a misdemeanor and $1,500 for a felony. But these defaults are certainly not appropriate in all cases.

An attorney has two chances to reduce bail: once at the initial arraignment and again at a bail reduction hearing. Before setting bail, the judge may take into account:

While the nature of a case is a consideration, bail is not a means of punishment.

Reasonable bail is an important component of an overall defense. For prompt assistance, contact a experienced criminal defense attorney in Arlington Heights at 847-253-3400. Attorney Scott F. Anderson offers both office and jail consultations.