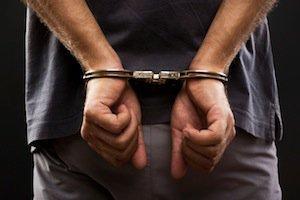 When a person receives an executive clemency, it is though he or she is being "forgiven" for their crime. However, unless the order of clemency also includes an Authorization to Expunge, the crime will still show up on that individual's record.

Governor Pat Quinn recently granted 43 clemency petitions. However, he denied another 65 petitions. The clemency petitions that Quinn sorted through were cases dating back to 2007. The majority of the crimes committed were for burglary, robbery, theft, and drug convictions.

The Governor has been working through a backlog of more than 2,500 requests for clemency. Since taking office in 2009, Quinn has processed almost 3,000 clemency requests. He has granted more than 1,000 and has denied approximately 1,850 requests.

There are several reasons why people who have criminal convictions on their records look to have those convictions removed. Having a clean record can make it much easier when looking for employment. It also helps when you are looking to rent a house or apartment, and when trying to secure credit.

With that said, however, it is not just a conviction that can show up on someone’s record. An arrest that resulted in dismissal or a not guilty verdicts can also show up on a person’s record. And the only way to remove any of these incidents is through expungment.

In order to request that your record be expunged, a petition needs to be filed with the circuit court in the county where your conviction took place. If your petition is approved by the court, the arrest will be removed from your record and the court file of the case will be sealed. All police reports regarding your case will also be destroyed.

If you have been arrested and think you qualify for expungement, contact a Cook County criminal defense attorney today to see about beginning the process of clearing your criminal record.