New Illinois Law Aims to Cut Down on Wrongful Convictions 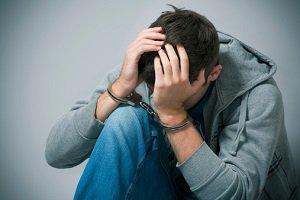 When you have been caught and accused of a crime, the legal procedure that should follow can quickly take a turn for the worse if the investigators pursue coercive interrogation. A great example of the horror that might unfold is the story of Juan Rivera, who spent 19 years in prison for a rape/murder that he never committed. His story is just one example of the many stories coming out of the term of Chicago Police Commander Jon Burge, who is accused of promoting torturous techniques to force people to confess.

A new law in Illinois is aimed to reduce the number of wrongful convictions that have led to high numbers of exonerations across the state. Known as Illinois SB1006, recordings of interrogations in violent crime cases will help to protect accused individuals. The interrogations in Rivera’s case were not recorded and in his case it was simply his word versus the police officers he was accusing.

This is not Illinois’ first attempt to address the issue of wrongful convictions. In 2003, a law sponsored by Barack Obama (at the time a state Senator) required homicide interrogation recordings. Although this was a big step forward, accusations of only rape or other violent crimes might have put other individuals as the same situation as Rivera.

Your interrogation can be extremely important for your criminal case in Illinois. If you have been charged with a violent crime in the state, you need to hire an Illinois criminal attorney you can trust as quickly as possible.