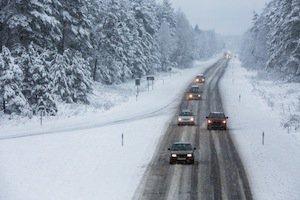 Initiatives such as National Holiday Lifesaver Weekend and Lights on for Life are campaigns which help support local law enforcement as they combat drunk driving. Lights on for Life is a national one-day observation typically kicking off the month. Drivers are encouraged to keep their vehicle headlights on during the designated day in remembrance of those who have been injured or killed by drunk driving.

Communities across the state have taken part in these national initiatives and have sparked their own campaigns and messages to help raise awareness and prevent impaired driving during the holiday season. People celebrating this festive time of year are encouraged to do so responsibly by designating a sober driver or avoiding getting behind the wheel when intoxicated.

A DUI charge can be costly both legally and financially. It may result in thousands of dollars in legal fees and court fines, time in jail, and revocation of driving privileges. If you are currently facing charges of drunk or drugged driving in Illinois, contact an Arlington Heights DUI attorney to discuss your legal options.