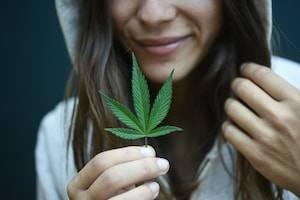 For decades, recreational marijuana use has been illegal in most of the United States. In recent years, more states have legalized the use of recreational cannabis. Illinois became the latest state to legalize the use of marijuana for adults on May 31, 2019. This comes as a surprise to many, because Illinois is the first state to approve a recreational marijuana bill through the legislature rather than a voter referendum. This means big legal changes could be coming for people who face or have faced criminal charges relating to cannabis.

The passing of this Illinois bill is monumental for the United States. No other state has passed laws to allow legal commercial sales of marijuana through the legislature. Vermont legislature allowed for the recreational possession of marijuana, but not sales, which were passed through a referendum. Recreational marijuana will be treated and taxed similarly to alcohol, in that only those who are over the age of 21 are permitted to purchase or use it.

Currently, cannabis is classified as a Schedule I drug, meaning it is considered to be a drug that has a high potential for addiction and abuse. Because of this, current Illinois laws are fairly strict when it comes to cannabis possession.

Possessing up to 10 grams of marijuana can currently earn you a $100 to $200 fine. The more cannabis you have in your possession, the more serious the charges become. Possessing between 10 and 100 grams of marijuana is classified as a misdemeanor offense, while possessing any amount above 100 grams is a felony offense. This means you could be facing tens of thousands of dollars worth of fines and years in prison.

Changes Due to the New Law

Citizens will be permitted to possess up to 30 grams of cannabis flower, up to five grams of cannabis concentrate, and up to 500 milligrams of THC infused products, such as tinctures or edibles. Residents of Illinois will also be permitted to use marijuana in their own homes and in some marijuana-related businesses. However, using marijuana in public places, in motor vehicles, near someone under the age of 21, or on school grounds will still be prohibited.

For years, the use, possession, growth, and manufacture of marijuana has been criminalized. The new Illinois bill, which makes marijuana use legal for adults, takes effect next year and would help some of those people accused of certain cannabis crimes. With knowledge from a Rolling Meadows, IL criminal defense lawyer, you can receive the assistance you need and deserve. Scott F. Anderson, Attorney at Law has decades of experience defending clients against drug charges. Call our office today at 847-253-3400 to schedule a free consultation.

Can I Face Charges for Disobeying Quarantine Orders for Coronavirus?
What Are the Illinois Laws for Concealed Carry of Firearms?
Harvey Weinstein Sexual Assault Case Results in Criminal Conviction
How Will Registering as a Sex Offender Affect My Life?
Expungement Versus Sealing: Which One Is Right For Me?