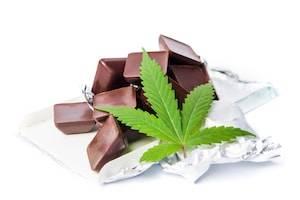 Less than two weeks ago, the state of Illinois became the 11th state to legalize the recreational use of marijuana. Beginning in 2020, residents will be permitted to legally possess cannabis. However, there are restrictions on the amount, and cannabis trafficking will still be illegal unless you are licensed.

In light of this legalization, an Illinois man was recently sentenced to prison for purchasing 42 pounds of marijuana-infused chocolate online. The man was sentenced to four years in prison for the Class X felony of possessing more than 5,000 grams of a substance containing cannabis.

Police first became aware of the situation described above when postal workers reported they noticed several suspicious packages being delivered to the man’s house. After police obtained a search warrant, they opened one of the packages and found more than 19,000 grams of chocolate infused with THC, the psychoactive ingredient in marijuana. Police then obtained a warrant to search the man’s house and found cocaine, more marijuana, a digital scale, more than $2,000 in cash, and receipts for packages he had mailed across the United States and Canada.

Despite Evidence, Penalty Was Lowered

The state’s attorney’s office concluded that the 37-year-old man had in his possession items that are “known to be evidence of drug dealing.” Because the man has testicular cancer, prosecutors decided to drop the charges of cannabis trafficking, which is classified as a Class 1 or Class X felony, depending on the amount of marijuana that is trafficked. The penalties for a trafficking charge could have been between six and 30 years in prison and up to $25,000 in fines.

The man was instead charged with possession of more than 5,000 grams of marijuana, which is classified as a Class X felony. Typically, this type of possession charge would result in a mandatory minimum prison sentence of 12 years. The state’s attorney’s office reduced the man’s sentence to only four years, of which he is only required to serve two.

Not all drug trafficking and drug possession cases end up with the same conclusion as this. In many cases, drug traffickers can spend years in prison and may even be required to pay thousands of dollars in fines. If you have been charged with marijuana possession or marijuana trafficking, you need to immediately contact a knowledgeable Illinois drug crimes defense attorney. Scott F. Anderson, Attorney at Law has the experience and willpower to help you receive as lenient a sentence as possible. Call our office today at 847-253-3400 to schedule a free consultation.