Incidents of Carjacking on the Rise 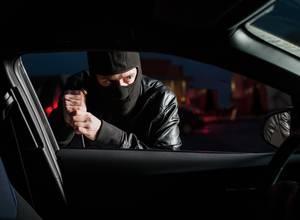 While reports of gun violence, the opioid epidemic, and cyber crimes seem to dominate the news these days, occurrences of carjackings are on the rise in northeast Illinois. A violent crime that seems to have evolved from car theft now resembles more of an armed robbery or strongarm robbery.

Once thought to be confined to high-crime neighborhoods, reports of carjackings are on the uptick in areas throughout Chicago. Since nearly 900 carjacking reports were made in 2007, carjacking reports slowly decreased to about 300 incidents in 2014. However, this type of crime has steadily increased to the point that the number reported through October of this year is nearly equal to all of 2016.

Why the Sudden Increase?

When cars are stolen from parking lots or off the street, one typically associates that type of crime with those who either sell stolen cars in other states or countries, or that the cars are stripped and sold for their parts. Unfortunately, the violent nature of most carjackings seem to indicate a use far less associated with illegal commerce.

When you are arrested and charged with a criminal offense, whether a misdemeanor or felony, it is important to secure representation of an experienced defense lawyer. Scott F. Anderson, Attorney at Law, built a reputation for success by providing thorough and aggressive defense representation. He uses more than 25 years of experience to review your case and implement a defense strategy based on strong legal precedent. Call 847-253-3400 and set up a free consultation with an experienced Arlington Heights criminal defense lawyer.