Low-Level Marijuana Charges in Illinois May Soon Be Cleared 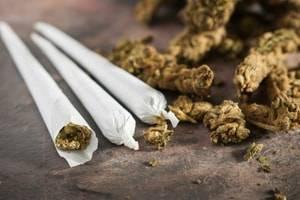 In recent years, many cities and states have initiated the clearing of marijuana-related charges and convictions from the records of thousands of people. For example, San Francisco is currently in the process of clearing all misdemeanor marijuana convictions dating back to 1975 and will also wipe arrest records of all those arrested on related charges.

Illinois may soon follow suit with a similar law that will clear low-level marijuana convictions with the permission of a judge.

The proposed law, HB 2367, would allow thousands of Illinois residents with misdemeanor marijuana-related convictions to have their records expunged. The law would make up for the discrepancy between how low-level marijuana offenses were once prosecuted and how they are dealt with now. Prior to 2016, even possessing a small amount of marijuana meant you could be charged with a Class C or Class B misdemeanor. Now, if someone possesses less than 10 grams of marijuana, it is classified as a civil offense that results in a fine of $100 to $200, rather than possible jail time.

The bill’s main proponent, State Representative La Shawn Ford, said the bill’s main focus was to make sure every Illinois resident is employable. Even a low-level marijuana conviction can be detrimental to those attempting to find employment. They can also hinder a person’s chances of getting a loan, federal benefits, child care, and housing. According to the American Civil Liberties Union, African-Americans in Illinois are over seven times more likely to be arrested for marijuana possession than white residents.

HB 2367 passed in the Illinois House of Representatives and it is now up to the Senate, which would then pass it to current Illinois Governor Bruce Rauner or Governor-Elect J.B. Pritzker. If you have been charged or convicted of a low-level marijuana crime, you may have a chance to get your criminal record expunged soon. A skilled Rolling Meadows, IL drug crimes defense lawyer can help make your case for expungement regardless of whether the bill passes. Contact Scott F. Anderson, Attorney at Law to see how we can help clear your name. Call our office today at 847-253-3400 to set up a free consultation.