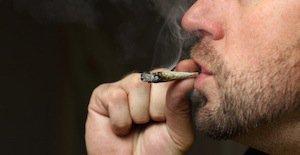 There are currently 22 states, along with Washington D.C., that are medical marijuana states. Another three states have pending legislation to change the law. This means that possession of marijuana, also referred to as cannabis, is allowed for medical use.

In Illinois, the law was signed by the governor in August, 2013. As of this writing, the state was still working to determine the requirements for a person to qualify. Some of the proposed rules include a fingerprint-based criminal history background check and an annual $100 application fee. The fee would be lowered to $50 for veterans and patients on Social Security Insurance and Social Security Disability Insurance.

Law enforcement agencies, in some states that have enacted medical marijuana, are struggling to determine new guidelines on how to proceed when dealing with an alleged marijuana grower. In the past, police would pull the plants from the ground and store them in evidence bags to be used at trial against the alleged marijuana dealer. However, the plants wither and die in the bags. But with the new laws in place, when charges are dropped or the accused pot grower is acquitted, many are demanding thousands of dollars in order to replace the plants that were pulled and killed.

Other changes to police practices include probable cause. In the past, if an officer smelt marijuana, they could search a person’s car, home or arrest them. But the new laws have changed that.

Despite the passage of the medical marijuana law in Illinois, penalties for possession remain stringent. For possession of 2.5 grams, a person can receive a 30 day jail sentence and pay a fine of up to $1500. Possessing thirty grams, or just over an ounce, can lead to a three year prison term and a fine of up to $25,000. Illinois has the fifth highest marijuana possession arrest rate in the country.

If you have been arrested for possession of marijuana, or any other drug, contact an experienced Arlington Heights criminal law attorney to discuss your defense options.