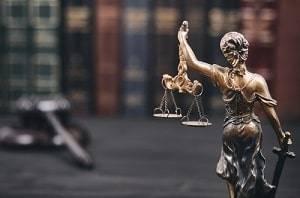 In recent years, the term “criminal justice reform” has been touted day in and day out as something that is desperately needed across the country. Many groups have been calling for major changes to multiple elements of the criminal justice system, though no such law had been passed until now. Recently, both the Illinois House of Representatives and Illinois Senate passed HB3653 and sent the legislation off to the desk of Illinois State Governor J.B. Pritzker for a final signature. HB3653 contains many new laws that help those who have been charged with or arrested for a crime.

Cash Bail to Be Eliminated

One of the biggest changes that HB3653 brings is the elimination of the cash bail system. Bail is the current system that is used to release individuals who have been charged with a crime from jail before their trial, while still ensuring they will return to their court hearings and appearances. However, cash bail is often far-fetched for many people, even when only 10 percent of the amount is required to be posted. This resulted in prisons being overcrowded with individuals awaiting trial simply because they could not afford to get out of jail. By eliminating cash bail, non-violent offenders can await trial in their own community and violent offenders must remain in jail, regardless of their ability to pay.

In addition to the discontinuance of cash bail, one of the other major components of HB3653 is the section containing new rules on police accountability. Under this new legislation, several significant changes come to policing in Illinois. HB3653 states that all police officers in Illinois are to have body cameras equipped while on duty by 2025. In addition, training will be expanded for officers on the use of force and crisis intervention, as well as strengthening the use of force requirements and requiring departments to report statistics to the FBI’s use of force database. Police officers will also be subject to new decertification standards when they have been found to have committed misconduct.

The reforms that are contained in this new bill will be beneficial to future participants in the criminal justice system, such as the elimination of cash bail, but these changes are not immediate. If you have been charged with any type of crime, you need help from a knowledgeable Arlington Heights, IL criminal defense attorney. Scott F. Anderson, Attorney at Law has more than 25 years of experience in the criminal law field and is here to help you. To schedule a free consultation, call our office today at 847-253-3400.