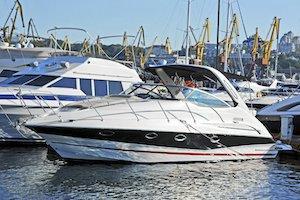 Summer is well underway and that means many Illinois citizens will be enjoying a multitude of outdoor activities. One of the more popular activities is boating. However, it is important to be aware of three new boating laws that went into effect this year. The goals of the new laws are to help promote boater safety and decrease the number of deaths and injuries which occur each year on Illinois waterways. Of particular focus to marine law enforcement is the crackdown on boat operators who drink and drive.

Illinois Senate Bill 3434 - Operating Under the Influence (OUI) went into effect on January 1st of this year. This law allows the state to seize a person’s boat or other vessel if that operator is engaging in certain criminal offenses. One of those offenses that this law takes harsh action against is operating under the influence of drugs and alcohol. The penalties for driving a boat with a blood alcohol content (BAC) level over the legal limit of .08 are now similar to those penalties for driving a vehicle with an illegal BAC level.

Illinois Senate Bill 2731 - New Skier Tow Rules requires any boat operator who is towing a person, either on water skies, tube, aquaplane, or other device, to have a bright orange flag displayed from the highest helm of the boat to alert other operators that a person is being towed. The flag must be displayed from the time the person being towed gets into the water until the person gets back on the boat.

Illinois Senate Bill 3433 - Mandatory Boater Safety Courses is a two-part law, the first taking effect in January 2015, and the second part to take effect in January 2016. After January 2016, any person who was born on or before January 1, 1998 must have a valid boating safety certificate issued by the Illinois Department of Natural Resources – or other approved agency – in order to operate a boat having an engine of over 10 horsepower.

As of today, any boat operator who is between the ages of 10 and 12 years of age can only operate a boat having an engine of 10 horsepower or above if they are accompanied by and under the direct supervision of a parent or guardian or a person designated by a parent or guardian and who is at least 18 years of age. However, as of January 2016, that designated adult must have received a boater safety certificate as described above.

Failure to follow these new Illinois laws can carry the same consequences as failure to follow laws on land. If you have been arrested, contact an experienced Arlington Heights criminal defense attorney. Call Attorney Scott F. Anderson at 847-253-3400 to schedule a free initial consultation today.