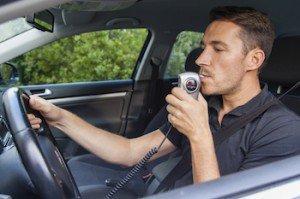 The National Highway Traffic Safety Administration (NHTSA) and Mothers Against Drunk Driving (MADD) have joined forces to push for the requirement of first time drunk driving offenders to use ignition interlocks that would stop the offenders from being able to start the vehicle if they had been drinking. Both organizations are urging all states to adopt that requirement.

Currently, twenty states and four counties in California have adopted the requirement of ignition interlocks for drivers who have been convicted of driving under the influence. In Illinois, an ignition interlock is only required for drivers who have requested permission for a restricted license, while still under suspension. It is also required for individuals who have multiple DUI convictions.

When an ignition interlock has been installed in a car, a driver has to blow into the device in order to give a breath sample. If the device reads a blood alcohol content of .05 or higher, the vehicle will not start. If the reading is negative for alcohol, the vehicle will start up. While the vehicle is in operation, the driver is required to provide random readings to ensure the driver’s blood alcohol level is still negative.

The devices are installed and maintained by companies who are licensed by the state. The costs of an ignition interlock can add up for the convicted driver. Installation is approximately $100, along with a monthly service fee of approximately $80. Drivers must also pay a monthly monitoring fee of $30.

The NHTSA says their statistics show that drivers who have the ignition interlocks installed are 75 percent more likely to not drink and drive, compared to those offenders who were not required to install the devices. The agency has launched a nationwide drunk driving advertising campaign, at a cost of $7.5 million.

The consequences of a DUI conviction can be far-reaching. If you’ve been arrested for drunk driving, contact an experienced Arlington Heights criminal defense attorney to protect your rights in a court of law.