Options for Driving Relief After an Illinois DUI 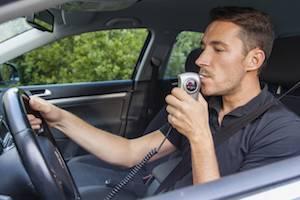 For decades, various organizations in the United States have attempted to lower the number of DUI incidents and drunk driving deaths through a variety of methods. Despite many gains, fatalities continue. According to the National Highway Traffic Safety Administration (NHTSA), nearly 11,000 people died in alcohol-related traffic crashes nationwide in 2017. Because DUI deaths remain common, DUI laws have become more strict and judges have sentenced offenders harshly.

One of the methods Illinois uses to deter DUI offenders from becoming repeat violators is by imposing driver’s license suspensions and revocations on those convicted of DUI. Still, many are given a chance to drive as needed to support themselves and their families.

If you are a first-time DUI offender, you will be eligible for an MDDP. This is slightly more lenient than restricted driving permits, as they allow you to drive wherever and whenever you want, as long as you have a breath alcohol ignition interlock device (BAIID) installed in your vehicle. To be eligible for an MDDP, you must:

If you do not qualify for an MDDP, you may be eligible for a restricted driving permit. With an RDP, you do not get nearly as much freedom as with an MDDP. In order to receive an RDP, you must prove that a hardship exists, provide a current professional alcohol and drug evaluation, and show proof of remedial education or treatment, if necessary. Before you are issued an RDP, you must appear in person at a hearing in the Secretary of State’s office and they will determine whether or not you would be a threat to public safety if you were permitted to drive again. An RDP only allows you to drive on the terms of your permit, meaning you may only be able to drive to and from work or school and you will need to have a BAIID installed in your vehicle.

While many people think driving is a right, it is actually a privilege, and the state of Illinois makes that clear. If you are convicted of DUI, your driving privileges can be taken away for a period of time or in severe cases, indefinitely. If you have had your driving privileges suspended or revoked because of a DUI conviction, you need help from a Rolling Meadows, IL driver’s license lawyer. Scott F. Anderson, Attorney at Law can help you regain or retain your license. Call our office today at 847-253-3400 to schedule a free consultation.