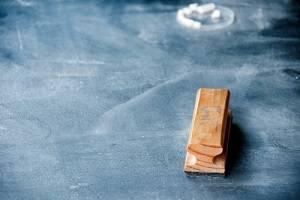 Approximately 30,000 people are released from Illinois prisons each year; most want to return to society, find a job, and support their families. Unfortunately, the current state of the Illinois justice system leaves them with few options and some very large hurdles. This can increase their risk of recidivism (re-offending) and eventually land them back in prison. Before any of this can improve, serious reform must be made, especially in regard to future opportunities and getting a fresh start.

When it comes to those who are convicted of a crime, time served does not usually equal a debt paid – at least not with the way the justice system is now. They may be banned from renting property in certain areas, denied educational loans, banned from receiving public assistance, and are often barred from working in certain professions. And, even if they are actually able to work in a particular field or at a particular job, they may have a difficult time convincing a potential employer to hire them. In fact, many are filtered out before they ever even receive an interview.

Perhaps rather predicatively, those that are unable to find honest, legal work often return to a life of crime to support their families. Sadly, this happens to nearly half of all ex-offenders. If, however, an ex-offender is able to find work within the first year, their recidivism rate drops to as low as just 16 percent. This clearly indicates the need for reform, but some are uncertain of how to proceed.

Why “Ban the Box” May Not Be Effective

While the idea of Ban the Box policies (measures that prohibit businesses from asking about an applicant’s criminal record until after an interview) that are being proposed by many reform advocates may have the right idea, this measure comes with difficult to follow regulations and a lack of understanding in how potential employers may view criminal records (or the potential consequences of hiring someone with a criminal record). Measures that may prove to be more effective include the sealing of expansion records, which would allow non-violent offenders and those who have successfully completed their parole the chance to have their records sealed; lifting of the ban for occupational licenses; and business-liability reform that would protect businesses from lawsuits brought for simply hiring employees with criminal records.

Even those who were arrested and then had their case dismissed can suffer the ill effects experienced by ex-offenders. This is because, despite popular belief, this arrest remains on your public record for all to search for and see. Expungement can remove the arrest from your record, but it is a difficult and lengthy process. As such, anyone who has been arrested or convicted of a crime should contact a skilled and experienced attorney for assistance with the expungement process.

The Law Offices of Scott F. Anderson can help. Committed, experienced, and highly respected, we can help you find the best route and plan for your criminal history or background. To learn more, contact a skilled Arlington Heights, Illinois expungement attorney and schedule your free initial consultation. Call 847-253-3400 today.