The Right to Due Process 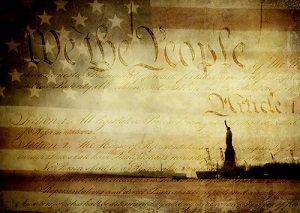 Under the Fifth Amendment, it is written that no person shall be "deprived of life, liberty or property without due process of law." This amendment addresses a person’s rights under federal law. In addition to due process, it also gives a person the right to protect themselves against self-incrimination; it protects a person from double jeopardy – being tried more a second time once a person has been found not guilty;

The Fourteenth Amendment uses those same words to describe the Due Process Clause. This amendment addresses a person’s rights under state law. It basically guarantees that everyone has equal protections under the law. Specifically, it forbids states to segregate schools or engage in any other discriminatory practices.

Due process is the subject of a class-action lawsuit involving the Illinois Department of Corrections. The suit was filed by a group of deaf inmates who say that the department violated their right to due process by severely limiting their access to hearing aids, sign language interpreters, and other needed accommodations while incarcerated in Illinois prisons.

The attorneys for the plaintiffs say that by denying the inmates these basic needs, the state is essentially isolating them. The inmates are unable to effectively communicate, which leaves them often missing legal hearings, physician appointments, religious services, court-mandated classes, and even prison evacuations.

The lawsuit also alleges that inmates are handcuffed during prison disciplinary hearings, which prevents inmates from using sign language to defend themselves.

A federal judge recently granted the class-action status to the suit, which means it can now proceed. The initial suit was filed in 2011, with 11 plaintiffs. Several of those plaintiffs were born deaf; others suffered from severe hearing loss. Since the original filing, one of the plaintiffs has passed away and another has been released from prison.

If you have been arrested and law enforcement has violated your right to due process, contact an experienced Arlington Heights ciminal defense attorney to ensure that your constitutional rights are protected in during any criminal proceedings which may arise from that arrest.

What Are the Laws Regarding Drug Possession in Illinois?
How Can an Order of Protection Issued Against Me Affect My Life?
What Are the Consequences for Common Underage Alcohol-Related Crimes?
3 Reasons to Hire an Illinois Criminal Defense Attorney for Your Case
What Are the Penalties for Driving on a Suspended License in Illinois?