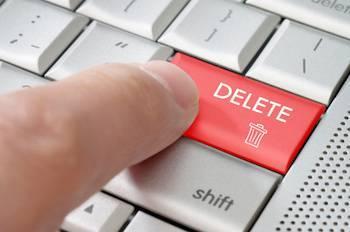 In the state of Illinois, anyone with a prior criminal conviction must live in constant worry that another arrest – no matter how trivial – will go on their record. This is because it does, in fact, go on their record, even if they are released from charges. A bill, set to be voted on by the Illinois Senate, could potentially change all of that.

Arrests in Illinois Always Go on Your Criminal Record

Regardless of whether you have been previously convicted of a crime or are arrested for the first time, an arrest in the state of Illinois automatically goes on your criminal record. First-time offenders can have the arrest expunged from their record, but the process is complex, laborious, and expensive. Those who have any prior convictions (regardless of their nature) cannot have the arrest expunged.

Law enforcement and government officials say this is because employers have the right to know who they are hiring and whether or not that person has a criminal record. But this implies that each arrest is valid, and sends the message that all arrested suspects are guilty, even if they are proven innocent in a court of law. To make matters even worse, employers often base their decision on whether or not to hire someone based upon that record – a record that may not be fully accurate.

New Bill Would Allow All Dropped Charges to Be Expunged

Although it does not offer any solace to those who are eventually convicted of their crimes, the new bill seeks to make employment easier for those whose charges are dismissed. It would eliminate the costly charge to have an arrest expunged, and even those that have previous convictions could go through the process. In the end, it could improve their ability to find work and may even reduce Illinois’ overall recidivism rates.

So just how many people could this affect? According to Cook County Jail records, approximately 13,000 inmates were released from jail last year after charges being dropped. And two-thirds of those that attempt to have such charges expunged have previous convictions, making them ineligible for expungement. So, if successful, the new bill could affect thousands, if not hundreds of thousands of Illinois residents currently suffering from employment troubles because of their arrest record.

You do not have to wait for the Senate vote to have options. Records of those who have previous convictions can be sealed, under certain circumstances. And all individuals with a previously clean history have the right to seek expungement if they were released on their charges or fulfilled the terms of their probation. Whatever your situation, the Law Offices of Scott F. Anderson will work aggressively to give you the second chance you need and deserve. Call 847-253-3400 today and schedule your free initial consultation with an Arlington Heights, Illinois expungement attorney to learn more.