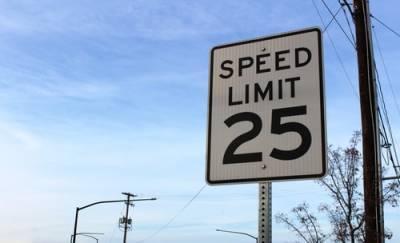 As technology advances so do law enforcement techniques. In fact, many city, county, and federal officers have become tech savvy enough to navigate through Facebook, Twitter, and other social media sites. Another major advancement is how they use equipment to track speeding drivers. More specifically, there are two basic technologies: Lidar and Radar. What are these techniques, and what might they mean for your case? The following explains.

First used in law enforcement in 1954, radar is an older technology. It uses a short, high-intensity of high-frequency radio waves to track speed. It is rather accurate, but there are some serious limitations to this technology. First, the device shoots the waves in a cone-shaped structure, which can target the largest vehicle, the fastest vehicle, or the closest vehicle. In short, it can be difficult to discern which vehicle the device targeted, especially when using it in congested traffic areas.

Second, the device must be calibrated, and officers must be trained in how to use them properly. Even then, it can take countless hours of hands-on use to become skilled enough to pull consistent good results from the device. All these limitations and many others are used as defenses in traffic court. They are also why many precincts have moved to Lidar technology.

When it comes to nailing down the speed of a single target in a congested area, lidar is far superior to radar. A technology that utilizes laser technology, it has a small measurement beam and is far less likely to pick up a different vehicle by accident. Further, the device can be used to detect the distance between vehicles to determine if one is tailgating or attempting to use the other car as a buffer for their speeding.

Lidar does have its limitations, however. It can be jammed, and the accuracy is often dependent upon how it is used. Further, there are circumstances in which it may not be the most appropriate speed detecting device (i.e. over long stretches of road or when the officer is in motion). Still, it is far harder to fight a ticket given under lidar technology than those given under radar technology.

When Quality Traffic Defense is Needed

Speeding tickets are more than just an inconvenience; they can increase your insurance rates and often result in significant fines and penalties. Fight back against your ticket with help from Scott F. Anderson, Attorney at Law. Backed by over 25 years of experience, our Arlington Heights traffic defense lawyer will fight for the most favorable outcome possible in your case. Schedule your consultation by calling 847-253-3400 today.