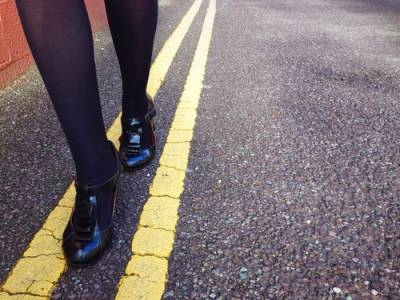 When you are arrested on a DUI (driving under the influence), your license is automatically suspended unless you choose to fight back. Would you really fight, though, if you know that you did drink, got behind the wheel, and tests showed you to be over the legal limit? Maybe not. In fact, many drivers in the same situation simply accept their “punishment.” Yet some of these drivers may not have ever been over the legal limit. The test may have simply been inaccurate. Sounds crazy, right? It is actually more common that you might think.

Field sobriety tests have long been the standard test for establishing reasonable suspicion of intoxication while driving. What officers will not tell you is that this test is not easy to complete, even when you are sober. In fact, a couple of years ago, NBC asked some people walking around the mall to do the field sobriety test. All of them failed in one area or another. Some were just not very balanced people. Others were just too tired to focus enough mental energy on the verbal aspects of the test. Add in nervousness and a late-night stop into the mix, it is no wonder so many people fail this test.

Although law enforcement would have you believe that breathalyzer tests are infallible, they are often inaccurate. Human error, failure to calibrate, environmental factors, substances other than alcohol (i.e. mouthwash, breath fresheners), and failure to test multiple times for consistency are all examples of reasons that a breathalyzer may fail. The inaccuracies were recently brought to light in an Ontario DUI case, in which the judge ruled the devices as unreliable at detecting accurate BAC of intoxicated drivers.

Blood tests are supposed to be the “gold standard” of BAC testing. Yet, even this method is not without possible error. In fact, one recent news story revealed that blood testing in Illinois is rampant with lab errors and human mistakes. There have been problems ranging from mixed up or wrongly labeled vials to improper methods and mishandling of specimens. On top of that, state technicians have never performed the “method validation” procedure, which is required check and balance system to ensure accuracy. In other words, every test could theoretically be considered unreliable.

You do not have to accept the consequences of a DUI. Instead, fight back with help from Scott F. Anderson, Attorney at Law. Skilled and experienced, we will aggressively represent you in your DUI/DWI case. In every situation, we pursue the most favorable outcome possible. Call 847-253-3400 and schedule your free consultation with our Arlington Heights DUI defense attorney today.