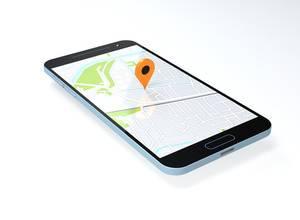 Using cell phone records to track a suspect’s movement and activity is a frequent technique used by law enforcement when conducting a criminal investigation. However, change appears to be on the horizon as members of the United States Supreme Court seem to indicate that prolonged cell phone tracking without a warrant amounts to an unreasonable search and violates an alleged defendant’s right to privacy.

A previous Supreme Court ruling indicated that citizens could expect no privacy from making calls from a landline or for checks they wrote on a bank account; it is widely known and expected that calls or transactions for these are kept for a number of business purposes. This latest challenge seems to indicate a shift from that position.

The new case arose from the FBI’s surveillance of a robbery suspect over a period of more than 100 days, using cell phone records to show he was in the area of each robbery when it occurred.  While doing so, law enforcement did not obtain a search warrant for the records.

In the past, investigators had only to demonstrate that a suspect’s cell phone records were “relevant and material” to an ongoing investigation, in lieu of obtaining a search warrant. However, the Supreme Court has ruled previously that a warrant was necessary before law enforcement could listen to a suspect’s phone conversations, attach a GPS device to a car, or open a smartphone.

While no ruling was issued, many legal experts anticipate the Supreme Court will rule against the federal government in this case. A decision is due in June 2018.

Get Protection from an Experienced Arlington Heights Criminal Defense Attorney

Laws created to protect the rights of criminal suspects are in place to ensure a fair legal process. However, to ensure knowledgeable representation and protection, retaining the help of an experienced Illinois criminal defense attorney is an important decision one must make. Scott F. Anderson, Attorney at Law, uses his experience and resources to ensure every client an aggressive defense strategy. To schedule a free consultation with a reputable Arlington Heights criminal defense attorney please call 847-253-4700 today.