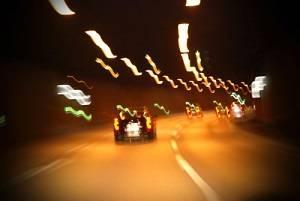 “The police officer pulled me over for no reason,” is one a common statement which many attorneys hear from their clients who may subsequently be facing DUI charges after a traffic stop. While many people may feel that law enforcement just randomly pull drivers over, there is actually a set of determinants which an officer considers before stopping a vehicle. It is important for a defendant – and their attorney – to consider those determinants once a person has been charged with driving under the influence of alcohol or drugs.

The National Highway Traffic Safety Administration (NHTSA) has developed guidelines which law enforcement should follow in the impaired driving detection process. These factors are what determines whether or not the officer had probable cause to stop the vehicle. The NHTSA recommends this process should be done in the following three stages:

So what observations on the part of the officer would justify a traffic stop for suspected DUI?

According to the NHTSA, the following are possible indicators of drunk or drugged driver:

Once an officer has made the decision to pull a driver over, there are additional signs the NHTSA points out which can indicate the driver may be under the influence. These include:

Based on these observations, the officer may ask the driver to step out of the vehicle and conduct a series of field sobriety tests, such as standing on one leg and counting, walking a straight line heel to toe, and the Horizontal Gaze Nystagmus test (HGN).

Although these factors may all appear to be straightforward, a skilled Arlington Heights drunk driving attorney may be able to challenge any one of the determinants an officer used in pulling a driver over and field sobriety tests. If you have been arrested for driving under the influence, call Scott F. Anderson, Attorney at Law at 847-253-3400 today.