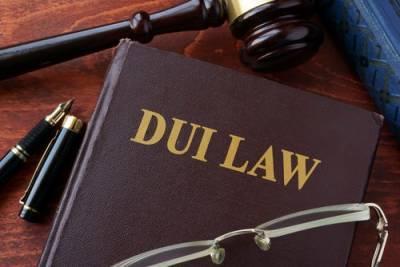 In recent years, police have begun cracking down on drinking and driving, taking it more seriously than ever before. Because of the direct correlation between fatal accidents and alcohol involvement, police have modified and refined their methods for determining whether or not a person is under the influence of alcohol when they are pulled over. Often, police already have a suspicion when they pull a driver over that they are under the influence of alcohol and will then conduct field sobriety tests to gain enough cause to proceed with DUI charges. Field sobriety tests can be beneficial when used in a pinch, but their validity has been debated for years.

When a police officer first pulls you over with the suspicion that you have been drinking, he or she will be looking for various signs of intoxication. These signs can be gathered by the senses during face-to-face contact before the officer even asks you to step out of your vehicle. Signs the officer might be looking for include:

One of the first standardized field sobriety tests that an Illinois police officer is likely to use is called the horizontal gaze nystagmus test, which is a test that is used to observe the involuntary jerking of a suspect’s eye as it looks to the side. When a sober person completes this test, their eye movement is usually smooth as they follow an object. In an intoxicated person, their eyes can be jerky and they can have difficulty smoothly tracking the object. In an intoxicated person, nystagmus might also occur before the object they are tracking is at a 45-degree angle, which is the normal point nystagmus, or jerking of the eye occurs.

The walk and turn test was designed to test a person’s balance, ability to listen to instructions and stay focused. Most people who are intoxicated have difficulty completing the walk-and-turn test, which is why it is used. The officer will instruct you to stand in a certain spot and take nine heel-to-toe steps in a straight line, turn and then take nine heel-to-toe steps back while watching your feet and counting your steps out loud. Most of the time, a person with a BAC over the legal limit will have difficulty listening to instructions and completing them as instructed while keeping their balance.

During this test, the officer is again testing your balance and ability to understand and follow directions. You will be asked to raise one leg with your foot about six inches off the ground. You must keep your balance with your arms at your side, while you are counting out loud for 30 seconds. Officers will be looking for any swaying, hopping or balance issues.

If you have been pulled over under suspicion that you have been drinking and driving, you have probably been asked to submit to field sobriety tests. While they are commonly used to determine whether or not a DUI arrest is appropriate, they can have misleading results. If you have arrested for a DUI, you should contact a skilled Cook County DUI defense lawyer. Scott F. Anderson, Attorney at Law can help you fight DUI charges and keep you driving. Call the office at 847-235-3400 to schedule a consultation.