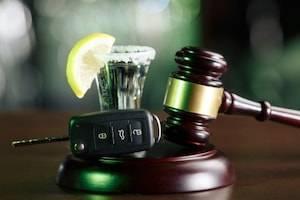 Driving while you are under the influence of drugs or alcohol is never a good idea, and there are many consequences you can face for this serious crime. Not only do you face criminal penalties for a DUI, but you can also face administrative penalties, which can and typically will be added onto any criminal penalties. If you are arrested for DUI and test over the legal limit for alcohol or drugs, you face an automatic suspension of your driving privileges by the Illinois Secretary of State, all without even needing to be convicted of a crime. You can fight a statutory summary suspension of your driver's license, but you will need help from an experienced attorney.

What Is a Statutory Summary Suspension?

Basically, a statutory summary suspension is the administrative penalty that the Illinois Secretary of State imposes in DUI cases. If you fail a chemical test or refuse to take a test after being arrested on suspicion of drunk driving, you will be subject to a statutory summary suspension. These penalties are completely separate from any criminal penalties that you may face for DUI-related reasons.

In the state of Illinois, applying for and being issued a driver’s license means you have agreed to a couple of things. One of the most important requirements is being a safe and cautious driver while on the roads and obeying traffic laws, including DUI laws. Along with that, as a driver’s license holder, you agree to submit to chemical testing of your blood, breath, or urine when you are under suspicion of DUI. If you fail a test or refuse to submit to chemical testing, you face an automatic suspension of your driver's license.

If you are pulled over because a police officer suspects you may be under the influence, the officer will likely ask you to submit to a roadside breathalyzer test or field sobriety tests. If the officer believes that there is probable cause that you violated the DUI laws, you will be arrested. Following the arrest, you will be asked to undergo a chemical test to determine your BAC. If you fail this test, you will be subject to a statutory summary suspension of your driver's license. A failed chemical test means your BAC was .08 percent or higher, or you tested positive for marijuana or other drugs. A first offense for a failed chemical test can mean a six-month driver’s license suspension, while a second offense within five years can result in a year-long suspension.

If you are pulled over on suspicion of driving while under the influence, the police officer will likely ask you to complete field sobriety testing and/or a breathalyzer test. While you may refuse to take these tests, if you are arrested and charged with DUI, refusal of a BAC test performed at a police station will result in the automatic suspension of your driver's license. Our Rolling Meadows, IL DUI lawyer can help you understand your options for challenging a driver's license suspension and defending against DUI charges. Scott F. Anderson, Attorney at Law is well-versed in Illinois DUI laws and can help you fight to keep your right to drive. Call our office today at 847-253-3400 to schedule a free consultation.