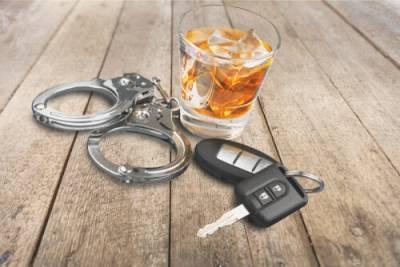 As is true with the vast majority of the country, Illinois takes DUIs very seriously. This is mainly because when someone drives under the influence of alcohol, they endanger themselves and everyone around them. The criminal consequences of one DUI are dire enough, but what happens if you get arrested more than once or twice for a DUI? Or worse, what if you get a DUI and, in the process, someone gets hurt or killed? Unfortunately, these types of DUI rise to the level of felony DUI.

A felony DUI can have a devastating impact on your life. If you have been arrested for a felony DUI, understand that your freedom is in jeopardy because if you are convicted, you may be subject to lengthy prison sentences and hefty fines. Contact an experienced felony DUI lawyer who will tirelessly defend your rights and do everything possible to keep you out of prison.

The Consequences of Numerous DUIs

In Illinois, depending on the circumstances, a first or second DUI is generally considered to be a misdemeanor offense. This is not to say that getting one or two DUIs is not serious because this is false. It is very serious. But it is also generally true, however, that many individuals who receive one or two DUIs, with no other aggravating factors, will likely avoid serious prison time and will eventually be able to regain their driving privileges.

However, what if you are arrested for a second or third DUI? This means you have committed multiple DUIs. Having multiple DUIs on your record can result in having your license taken permanently while being required to attend alcohol rehabilitation and participate in community service. In addition, you will likely be required to serve serious time in prison. But still, the question remains: what constitutes a felony DUI?

When is a DUI a Felony in Illinois?

In Illinois, a DUI is considered a felony, usually after your third offense. A third DUI raises the crime to a Class 2 felony, which can levy prison sentences between three and seven years, not to mention pricey fines, fees, and mandatory alcohol treatment. Moreover, suppose you drive while under the influence of alcohol and cause bodily injury or death to someone else. In that case, this is also a felony that can land you with three to 14 years in prison, regardless of whether it is your first, second, or subsequent offense.

If you have been arrested and charged with a felony DUI, understand that you are in serious legal jeopardy. To protect yourself to the fullest extent possible, contact the skillful Arlington Heights felony DUI lawyer with Scott F. Anderson, Attorney at Law. Call 847-253-3400 for a free consultation.