What Happens if I Am Convicted of a Sex Crime in Illinois? 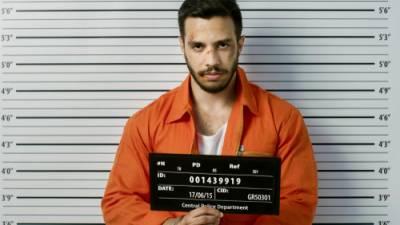 Sex crime convictions are among the most serious and long-lasting convictions in Illinois criminal law. Convictions for some sex crimes carry the life-long labels of “felon” or “sex offender.”Registered sex offenders have strict limitations on where they can live and work and other behavioral restrictions based on their conviction. If you have been accused of a sex crime, it is crucial to get legal representation immediately and understand what happens if you are convicted.

Will I Have to Register as a Sex Offender?

Illinois requires persons convicted of many sex-related crimes to register as sex offenders. Some examples of crimes that require sex offender registration include, but are not limited to:

How Long Will I Have to Register as a Sex Offender?

Illinois sex crimes designate a person as either a “sexual offender” or a “sexual predator,” with the latter resulting in much more serious consequences. Anyone convicted of a child pornography offense, criminal sexual assault, or aggravated criminal sexual assault will be considered a predator and must be listed on the sex offender registration for life. If someone is designated a sexual offender rather than a predator, Illinois requires them to annually register on the sex offender list for at least 10 years.

Certain sex crimes require the convict to register every 90 days, while others only require annual registration. If someone violates the Illinois Sex Offender Registration Act, such as failing to register on time or being convicted of another sex crime, the 10 years will begin again.

Are there Places I Cannot Go if I Am a Registered Sex Offender?

The crime for which a sex offender is convicted will determine the extent of the restrictions placed on their ability to go certain places. Sexual predators and child sex offenders may not be in public parks, and child sex offenders may not come closer than 500 feet to a school unless they have permission from the superintendent and are attending a conference related to their own child. Anyone convicted of a sex offense may not use social media while on probation, parole, or supervised release.

Being convicted of a sex crime could have a major impact on you for the rest of your life. If you are accused of committing a sex crime, contact a skilled Arlington Heights criminal defense attorney for help. Scott F. Anderson, Attorney at Law has ample experience defending people involved in sex crimes and can help you formulate an appropriate plan of action. Get your free consultation by calling us at 847-253-3400 today.