What Is the Chronology of an Illinois DUI Traffic Stop? 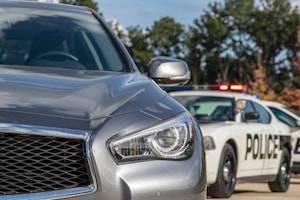 In all 50 states, it is illegal to drive while under the influence of drugs or alcohol. When you are intoxicated, your body does not react to instances in the same way as it would when you are sober. Your response time is slower, your reflexes are diminished, and your cognitive abilities are impaired. This is what makes accidents involving an intoxicated driver so deadly. There were 27,046 people arrested for DUI in Illinois in 2017, according to the Secretary of State’s office. Being convicted of a DUI can result in serious penalties, including driver’s license revocation, fines, and even jail time in some circumstances.

Before you are pulled over, a police officer must have probable cause to conduct a traffic stop. In other words, the officer cannot just randomly choose a car to pull over; there has to be a legitimate reason for the stop. Common factors that lead officers to pull over vehicles on suspicion of DUI include erratic driving, lane swerving, or speeding.

Once the officer has pulled you over, he or she will ask you for your driver’s license, registration, and proof of insurance. He or she may also ask you where you have been or if you have been drinking. During this time, the officer will be looking for signs of impairment, such as slurred speech, the smell of alcohol or illegal drugs, or bloodshot eyes. If the officer has reasonable suspicion that you are impaired, he or she will likely ask you to step out of your vehicle to conduct a field sobriety test.

The purpose of a field sobriety test is so the officer can gather as much evidence as possible to show that you were in fact driving under the influence. The officer may ask you to conduct a standardized field sobriety test or non-standardized test. Common field sobriety tests used include reciting the alphabet beginning at a certain letter, walking heel-to-toe in a straight line, or the horizontal gaze nystagmus test (following an object to the left and to the right with your eyes only). The officer might ask you to submit to a preliminary breathalyzer test to determine your blood alcohol content (BAC). If the officer is able to gather enough evidence pointing toward intoxication, he or she will place you under arrest for DUI.

If you had a valid driver’s license at the time of the arrest, you will be permitted to continue driving for 45 days after your arrest. After those 45 days, the summary suspension will go into effect, and you will no longer be permitted to legally drive. You do have the right to challenge the suspension, but you must do so within 90 days of the arrest.

If you have been arrested for driving while under the influence of drugs or alcohol, it can negatively impact your relationships and occupation. Scott F. Anderson, Attorney at Law understands how serious drunk driving charges are and how they can follow you for the rest of your life. If you are facing DUI charges, you need a strong defense from a skilled and dedicated Arlington Heights, IL DUI defense lawyer. To schedule a complimentary consultation, call our office at 847-253-3400 today.