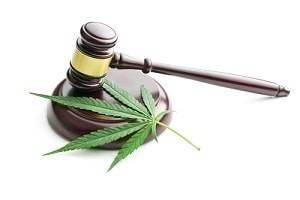 Following the trend of many other states in the United States, Illinois has adjusted its legal policies regarding marijuana. Illinois has seen an evolution of the state’s acceptance of this form of drugs. Initially, marijuana was illegal, then medical marijuana use became acceptable, and soon after recreational use followed suit. Illinois may be the eleventh state in the country to legalize marijuana; however, its policies are not uniform to those in other states. Due to these recent legal changes, it is important to note what is considered acceptable and what remains illegal in Illinois to avoid facing drug charges in the future.

This past June, Governor J.B. Pritzker signed HB 1438 into law, legalizing recreational marijuana. Under this new law, adults will be legally able to use and sell marijuana for more than just medical purposes. This law goes into effect on January 1, 2020, giving those who are 21 and older a new sense of freedom regarding marijuana use that did not previously exist in Illinois.

Although the bill may legalize recreational marijuana, it still sets regulations for Illinois residents. Marijuana can come in various forms -- the most common being plant material, edibles, or cannabis concentrate products. Those individuals with plant material can have up to 30 grams (about one ounce) at a time. “Edibles” are cannabis products in the form of food, typically sold as brownies or types of gummy candy. These edibles must be limited to no more than 500mg of THC, this being the component that gives users the “high” they are seeking. Cannabis concentrate products are often used in vaping devices such as e-cigarettes. People who live in Illinois can have up to five grams of cannabis concentrate products. The important thing to note about this new law is that these terms do not include non-Illinois residents. Those who come from another state to Illinois are restricted to purchasing half of these amounts listed.

What Does This Mean for Past Offenders?

Many people within the Illinois Department of Corrections have been incarcerated, placed on probation, or incurred other consequences after being convicted of drug charges involving marijuana. Before passing the law, legislators recognized that some of these offenders within the system on such charges should be pardoned. For those convicted of possession of fewer than 30 grams of marijuana before the law was passed, their case can be sent to the Prisoner Review Board and the governor for a pardon. Those who receive pardons will have their records expunged, removing the misdemeanor from their criminal record.

Knowing the details of the updated marijuana regulations is important for all Illinois residents, especially those who have convicted of previous misdemeanor charges involving marijuana. Whether you are looking to legally partake in the use of recreational marijuana or are hoping to get your record expunged, it is important to speak with an experienced attorney to ensure that you are up to date on all of the Illinois law changes. Scott F. Anderson, Attorney at Law has represented numerous individuals for drug charges and assisted clients with clearing their criminal records. If you are facing drug charges or need help expunging previous ones, contact our Rolling Meadows, IL drug crime defense lawyers at 847-253-3400 for a free consultation.