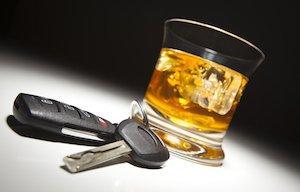 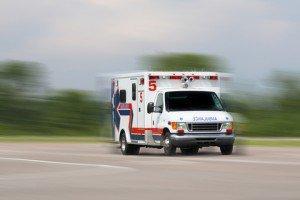 John Lara, 31, of LaGrange, was driving a private ambulance when he crashed into another vehicle on the North Side of Chicago in mid-December, according to CBS News Chicago. His lights and sirens were blaring when he hit a pickup truck at the corner of Clark and Montrose, and police immediately noticed the strong smell of alcohol on him, according to CBS. They also noticed, "Lara’s eyes were glassy and his speech was slurred."

Though his lights were on and the sirens blasting, "he was the only one in the ambulance, and was headed to Advocate Illinois Masonic Medical Center to pick up a patient," according to CBS. When police tested him, Lara’s blood alcohol level was three times the legal limit, they told CBS. "He has been charged with aggravated driving under the influence, disobeying a stop signal, negligent driving, failing to carry a driver’s license, and other offenses," reports CBS. Both Lara and the man in the pickup truck he slammed into suffered minor injuries, according to DNA Info.

This isn’t the first time this year that an ambulance driver has been accused of drunk driving in the U.S. Earlier this year an ambulance driver in Lubbock, Texas was arrested on suspicion of drunk driving, but later released because "a judge did not find enough probable cause to charge" him, according to KCBD News. In February, a Hackettstown, New Jersey ambulance driver was caught drunk on duty, according to WRNJ Radio.com. In this instance, the driver "drove past the emergency location and later entered the complex the wrong way." He was "charged with DUI in a school zone and careless driving, among other things," according to WRNJ.